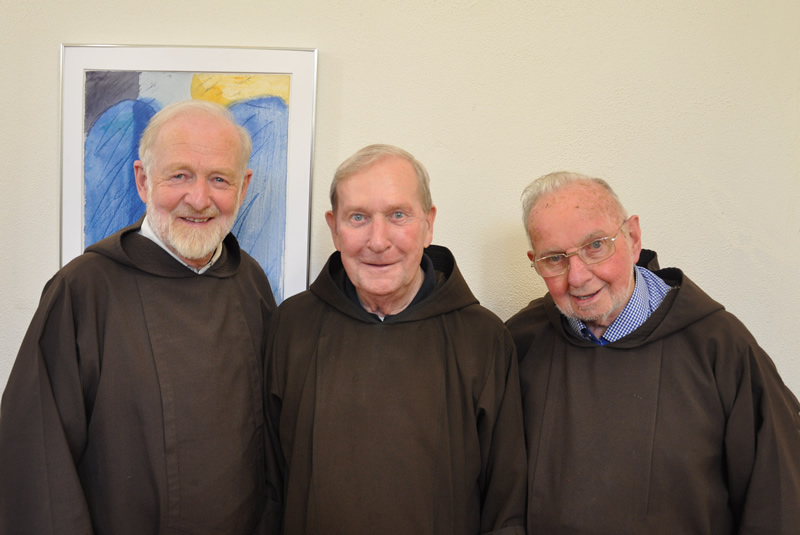 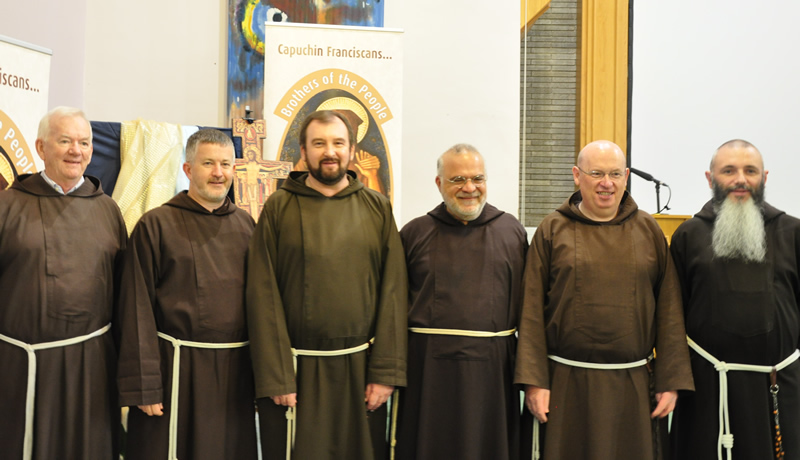 is a branch of the first Order of St. Francis of Assisi. It was founded by Fr. Matteo of Bascio in Italy in 1528. He became inspired by God with the idea to live a stricter life of prayer and poverty to be closer to the original intentions of St. Francis. He sought to return to the way of life in solitude and penance as practiced by the founder of his order.
The Capuchins first came to Ireland in 1615. In spite of many difficulties they made great progress, eventually growing strong enough to become a full Province in 1733. Then Came a period of decline during which the Province was reduced to a Custody. The Capuchin Province of Ireland was re-founded and named the Province of St. Patrick in 1885. There are currently nearly 100 Irish Friars in the Home Province with Friaries in Cork, Carlow, Kilkenny, Dublin and Donegal. Capuchin work is varied and, among other things, includes parish work, social and youth work, giving missions and retreats, chaplaincies (hospitals, schools, prisons, universities, army, port and docks), missionary work in Zambia, South Africa, New Zealand and Korea. All Capuchin work is an expression of their common gospel life which they live in poverty, chastity and obedience.

The name Capuchins refers to the peculiar shape of the long hood of their habit. Originally a popular nickname, it has become the official name of the Order, which now exists in 101 countries all over the world, with around 11,000 brothers living in more than 1,800 communities (fraternities, friaries). The General Curia is in Rome and the current General Minister is Fr. Mauro Jöhri, from Switzerland.

Some of the well known Capuchin Friars are Fr. Theobald Mathew, the Apostle of Temperance, St. Leopold Mandic, St. Laurence of Brindisi, St. Crispin of Viterbo, St. Felix of Cantalice, and many others. Perhaps the most famous Capuchin is St. Padre Pio of Pietrelcina, who was canonized on 16th June, 2002.